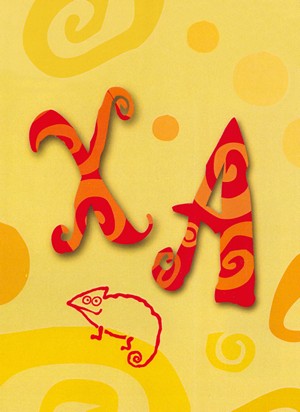 Anton PONIZOVSKY, producer of the program: "The chameleon has become the symbol of the program. The chameleon usually licks food with his tongue. And in our intro, he licks the last letters, and "Chameleon" turns into "Ha". There will be three plots in each episode. Although I am a supporter of to show our three-minute films one at a time between the main programs, it’s better to remember. Material has already been filmed for five programs. We shoot both beginners and stars: Roman Madyanov, Maria Aronova, Valery Barinov, Yuri Chernov. We plan to recruit a permanent staff of actors. so that our films are not just anecdotes, but we also run away from extreme sociality.Our acting couples are social in themselves - the seller and the buyer, the swindler and the sucker, the tax inspector and the banker, the thief and his victim - people who are in a specific confrontation. There are no prostitutes yet, but there will be. I would like people not to laugh at our stories. But they smiled and said: "Not badly done." March 27, 2002 Komsomolskaya Pravda