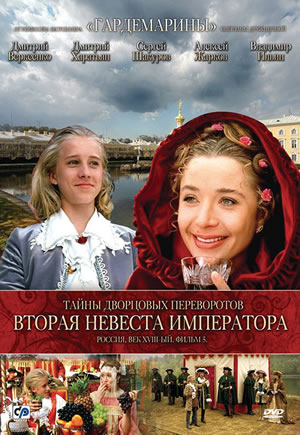 As a result of the successful conspiracy which ended in the exile to Siberia of the all-powerful Prince Menshikov, the Dolgorukys attempt to arrange an engagement of one of their relatives, Catherine, to the young Peter II and thereby obtain access to the Russian throne. Peter II is taken to Moscow for his coronation. The Dolgoruky brothers come together for the festivities. There are eight most powerful and influent members of this ancient and noble Russian family. One of their members was Catherine, a beautiful woman. Catherine is in love in Millesimo, a handsome Italian nobleman. He has offered his hand and heart to her. Dolgoruky brothers give an extravagant party at their estates at Gorenski and get Peter II drunk. Next morning they find him in the bed with the naked Catherine. Peter II agrees to become engaged to Catherine, who shortly afterwards becomes his second fiancee.