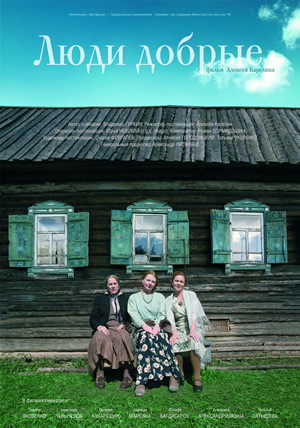 1941. Three sisters live in a small Siberian village - Anna, Alexandra and Sophia. Their husbands go to the front as volunteers. And disappear in the heat of war. After 10 years, Alexandra connects her fate with the district police officer Rimas. Suddenly, her missing husband Ivan appears in the village...

• The script was written by Vladimir Gurkin based on the play "Sanya, Vanya, Rimas with them"
• The working title of the film is "A Cossack was walking home across the river"
• Premiere in Russia - August 27, 2009
• 2009 - IFF "Window to Europe" - participation in the main competition