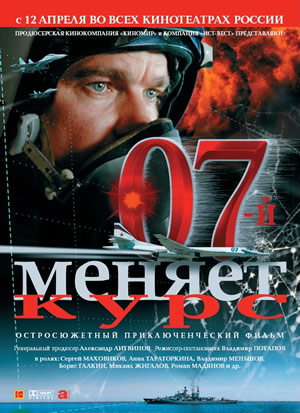 Russian military specialists have created a device that allows our aircraft to become invisible to radar. The crew of the Ty-160, consisting of three military pilots and a test pilot - the developer of this device, takes part in joint exercises with NATO in the Atlantic Ocean.

The Ty-160 was escorted by two Cy-27 fighters and an A-50 aircraft with the Bumblebee anti-radar surveillance system. And at this time, a certain terrorist group is developing an operation, the purpose of which is to capture the Ty-160 in the air and take possession of a secret device. Crew members, caught in the most dangerous situation, are doing everything possible and impossible to thwart the plans of criminals... This picture is about people who defend our Motherland day and night and are ready to sacrifice themselves in order to fulfill their duty.