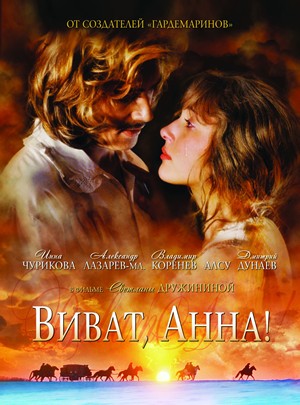 The film is the 7th from the cycle «Secrets of Palace Revolutions. Russia, XVIII century»

All films of the cycle:

...Anna arrives to Moscow for the ceremony of crowning. She is kept in a strict guarding in Moscow till the signing of the articles about the limitation of the Tsar's power. Vasily Dolgoruky, a young handsome diplomat, doesn't loose the control in a minute. He even spends the nights in the neighboring room. These precautionary measures are not occasional: Golitsin and the senators are informed that their opponents have intentions to convince Anna not sign the articles of the limitation of the power and to keep the monarchy in Russia. Being afraid that Anna can refuse to sign the documents, they keep her in isolation and don't allow anyone to come to her, except her sister Ekaterina with daughter Anna and three ladies, her old friends.

Their innocent conversations and entertainment don't create any suspicion among Dolgoruky and the senators. But there is a Russian proverb: "Russian woman will do, what the devil can't do". And the conspirators prove this proverb on a practical example... Only women could secretly pass letters with recommendation what Anna should to be the leader on the throne... And with a superb talent, "a grey poor widow" Anna Ioannovna leads the game with experienced senators.

But on the last moment, her mental health and her will are broken; she is ready to step down, to return to Kurland to her lover. She feels lonely and uncertainly without him. Queen has woman's desires... To support her forces, three young adventures help to bring Biron to Moscow. With a big danger, he is taken to Kremlin. Anna feels that the forces are coming back to her and she gets through all torments...

During the meeting on the big hall, she suddenly refuses from her words and, instead of the signature on the ‘articles on the limitation of the power', teas up the documents... A magnificent Biron comes to the hall. The senators and prince Golitsin are horrified.

In future, Anna will take revenge on them for her humiliation. She will issue an order about the death execution. "Vivat, Monarchy in Russia!"

Foreign diplomats were writing in their reports: "Russian nobility missed their chance to get freedom from their old slavery. Russians had to agree only about the form of the governing. But it happened to be impossible... That day began the terrible decade known as "Bironovshchina"."